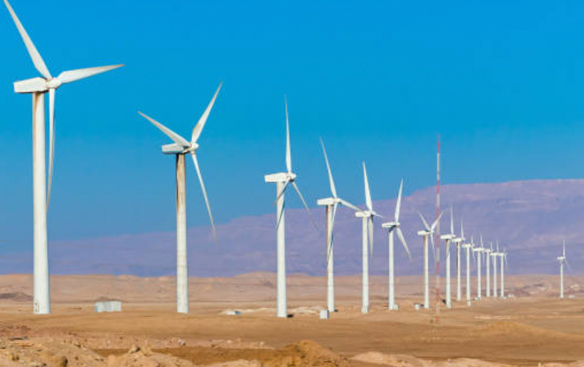 Liberalisation and the Recovery of Uganda’s Electricity Sector

While financial support for infrastructure projects are important in working with Africa to meet SDG7 targets by 2030, this will in most cases need to be supplemented by policy support and capacity building. Uganda is an example of where sector reforms, liberalisation and private sector participation have helped drive significant improvements in the quality and reliability of electricity supply.

Sector reforms were launched in 1999, and were accelerated after 2005, when the electricity supply industry plunged into crisis, with rolling blackouts after low water levels caused a precipitous decline in Uganda’s vital hydroelectric power (HEP) output. Shortfalls in generation were notably addressed with the construction of the Bujagali HEP dam, financed from debt and equity in an innovative IPP structure that mobilised considerable European and other international support. Other HEP projects have followed, both large-scale projects like the Karuma dam and also much smaller run-of-river schemes to support isolated communities. Installed generation capacity was 984MW in 2018 and increased to 1,253MW following the commissioning of 183MW Isimba HEP in March 2019 and new mini-hydros. The 600MW Karuma HEP plant is due to achieve full commissioning by June 2022, increasing installed capacity to 1,852MW.

Also essential was addressing shortfalls in the transmission and distribution network, much of which was dilapidated, meaning that some 38% of the electricity generated was lost. An academic analysis commented that the state-owned “business had been plagued by a dismal safety record that included high rates of accidents among the general public and of serious injuries and fatalities among workers, as well as persistent financial distress”. Severe droughts in 2005/06 and 2011/12 constrained hydropower generation.

The government has since overseen a sea change in Uganda’s electricity supply industry. A major step came when the state monopoly distribution company, Umeme, was privatised, with a new status as the operator of a 20-year electricity distribution concession effective from 1 March 2005. This made Umeme “the first significant private electricity distributor in Sub-Saharan Africa”. This was not without controversy; Umeme’s initial investors were widely criticised for reaping what critics called ‘excessive’ returns, but huge improvements were made.

In the first decade following privatisation, Umeme’s distribution network was replenished, with 120,000 poles replaced or repaired. Customer connections had more than doubled (from 355,000 in 2009 to 794,000 in 2015), and EBITDA had grown at a 15% compound annual growth rate between 2012 and 2015, and sales from 1,401GWh to 2,458GWh. These improvements represent considerable achievements in challenging market conditions.

Umeme’s early progress was slower than expected, and it was heavily criticised in the Parliament of Uganda, but it has since emerged as a success story. Following corrective reform implemented by the government in 2012, its performance showed a marked improvement. Relative to the starting point in 2005, collection rates climbed from 80% to almost 100%, while technical losses fell from 38% in 2005 to 17% in 2016. These figures place Umeme among SSA’s better performing utilities. The company has also shown rising profitability and – following its listing on the Ugandan Securities Exchange in 2012 – has been able to attract local and international investors. The Umeme shareholders’ register shows that even in supposedly ‘difficult’ industries like Sub-Saharan electricity distribution, well-structured investments in stable environments can be very attractive to major investors.

The sector’s stability is underpinned by the widely respected Electricity Regulatory Authority (ERA), whose mandate includes setting operating standards and appropriate end-user tariffs. ERA’s role reflects the government’s success at creating what Catrina Godinho and Anton Eberhard called a “strong regulatory competence”, making Uganda one of only “a handful of countries in the region where tariffs are close to being cost reflective”. This is reflected in the World Bank Group’s Regulatory Indicators for Sustainable Energy (RISE) index – which scores highly for its national electrification plan (94/100), its framework for stand-alone systems (89/100) and its utility transparency and monitoring (100/100) – and the African Development Bank’s Electricity Regulatory index, both of which see Uganda punching well above its weight, given its GDP per capita ranks only 39th in Sub-Saharan Africa, at EUR 654 in 2019.

Previous
EIB, KfW and AFD to Connect 60,000 Zambians to the Grid
Next
EU’s Energy Cooperation Portfolio in Zambia