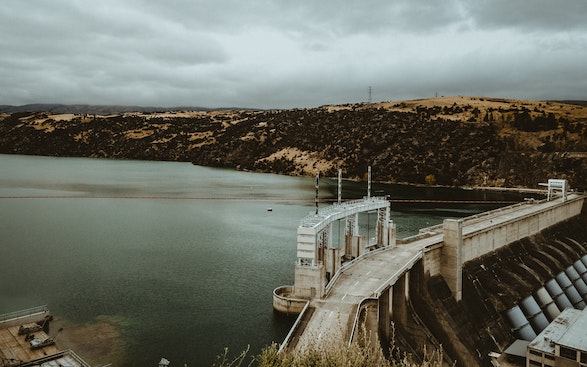 Under the National Indicative Programme (NIP) of the 11th European Development Fund (EDF), covering the programming period 2014-2020, the European Union has earmarked an envelope of EUR 244 million in grant funding for programmes to support the Zambian energy sector.

To date, financial and technical assistance under the 11th EDF have been almost equally distributed among power generation, transmission and distribution as well as renewable energy and energy efficiency to improve access to clean, reliable and affordable energy for all.

To support large power generation projects, EDF grants act as a catalyst for the increased financing of strategic energy security infrastructure such as the Kariba Dam Rehabilitation Project (of which the EDF grant accounted for EUR 74 million of the total EUR 250 million cost). The associated hydropower plant provides 40% of Zambia’s total power generation capacity. The owners of the Kariba Dam are the Governments of the Republics of Zambia and Zimbabwe. The Dam is owned by the governments of Zambia and Zimbabwe and is operated and maintained by the Zambezi River Authority (ZRA), on behalf of the two states.

EDF grants also contribute to large power transmission projects, such as the high voltage transmission line from the newly built Itezhi Tezhi hydroelectric power plant to the national grid (an investment grant of EUR 18.2 million out of a total investment of EUR 255 million). Other priority projects include the Zambia–Tanzania power interconnector that will link the Eastern African Power Pool with the Southern African Power Pool and for which the European Union financially supported technical design, feasibility studies and coordination activities.

For access-to-electricity programmes, the European Union has committed to supporting small scale, private sector-led renewable energy projects through innovative business models and financing modalities, particularly in rural areas far from the main grid. These are crucial for enabling broader, inclusive economic and social development as well as to facilitate uptake of a green economy. In particular, the Increased Access to Electricity and Renewable Energy Production (IAEREP) project focuses on removing policy and regulatory barriers and to build capacities in the public and private sectors. The November 2020 signing of the agreement for the EUR 625.5 million IAEREP demonstration projects, which are located in 250 villages and will have more than 200,000 beneficiaries, is expected to have a significant impact. The projects, which utilise an EPC approach and will contribute to the Zambia Vision 2030 target of 4 million rural beneficiaries, received a EUR 23 million grant from the EU. In addition to the IAEREP, a dedicated Zambia window of the global EU Electrification Financing Initiative (www.electrifi.eu), officially launched in May 2019, offers attractive financing mechanisms to counter-act financial barriers for project development.

Previous
Liberalisation and the Recovery of Uganda’s Electricity Sector
Next
EIB, KfW and AFD to Connect 60,000 Zambians to the Grid